We as techs need to follow logical steps, be able to break a big problem down to the smallest possible pieces, and then eliminate each piece, or group of pieces. So at the end of the process we are left with one piece that is causing the problem.

One big mistake that people do is that they change a whole bunch of things hoping to fix the issue. And they might get lucky and actually fix it. The problem is, that you have not discovered what the problem was. You are only able to say that you did all these things, and one of them looks like it fixed the issue. That means the next time you encounter the issue, you have several things to try again, one of which may fix the problem.

Let’s look at a specific issue.

Bear in mind that these are not specific steps in troubleshooting printing errors. This is just a simplified guide to help you understand the troubleshooting process. No matter how long you stare at the big picture you will never find the solution to the problem.

A customer calls in complaining that they can’t print from System Five. Start by asking the customer a few questions, because these questions may tell you right away where to begin looking.

Were you ever able to print to the printer from this computer?

- If No, then check to see if the printer was ever set up on this computer. You may need to install drivers, do a test print from Windows and setup the printer and invoice tree in System Five.

- If Yes, then you need to ask more questions.

- - Was something changed on this computer just before the issue started occurring?

- - Was anything done to the printer prior to this issue occurring?

If the questions do not reveal anything about the problem, then the next thing you need to ask yourself is “How can I break this issue down to smaller pieces”. Before you start looking at System Five, there are other pieces to this picture that need to be looked at first. Obviously we have System Five and Microsoft Windows, but we can break the issue down further. Remember the customer says that they can’t print, so we also need to look at the printer and the printer driver.

When I approach the issue, I look at what pieces are the simplest to eliminate, and I generally try to start at the closest thing to the problem. What I mean by that is, if it is a printing issue, I start at either the printer, or the Windows Printer Driver.

Can I print a test page from the Windows Printer driver?

- Yes – Great. We have eliminated the printer and the Windows Printer driver as the source of the problem. We can now move on to System Five.

- No – Then we need to look at either the printer or the Windows Driver.

Ask if anyone else prints to that printer, and if they do, have them try to print to it from that other computer.

- - Can they print to it from any other computer?

Once we have eliminated the printer as the source of the issue, and that others can send print jobs to that printer, the next logical step would be to look at the Windows printer driver.

If you still can’t print a test page, then you may need to uninstall, and re-install the driver.

Now, if we have eliminated the printer and the Windows driver, and you are now able to print from the Windows Printer driver, we can move on to troubleshooting System Five.

Again, we need to break this down to smaller pieces. You may be able to break it down further than I am in this document, but this would be a starting point.

Again, you need to ask the user some basic questions.

- Can they print at all from System Five?

- Is it just a specific invoice type or label type?

These questions help direct you to a specific area within System Five.

Getting to the Solution

The Secret to successful troubleshooting is to keep eliminating pieces of the problem.

As you eliminate what is working from what is not working, you will further refine your search, eliminating more areas, and through process of elimination, you will get to the root of the problem.

Did you find it helpful? Yes No

Send feedback
Sorry we couldn't be helpful. Help us improve this article with your feedback.

Why Should My E-Commerce Solution Be “Talking To” My ERP? 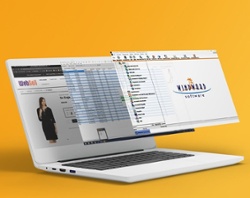 Shoppers expect the same experience online as they do in-store. Your Point of Sale and Inventory Management system isn’t something that your customers can see, but it can make a world of difference in the level of service you can provide them. Read on to see why your E-commerce solution should be connected to your ERP.

Get the Most Out of Your ERP

System Five Add-Ons and Integrations
help simplify the way you do things.

Our catalog of services will help guide you to opportunities that can help maximize your software investment.

Thank you for choosing Windward Software